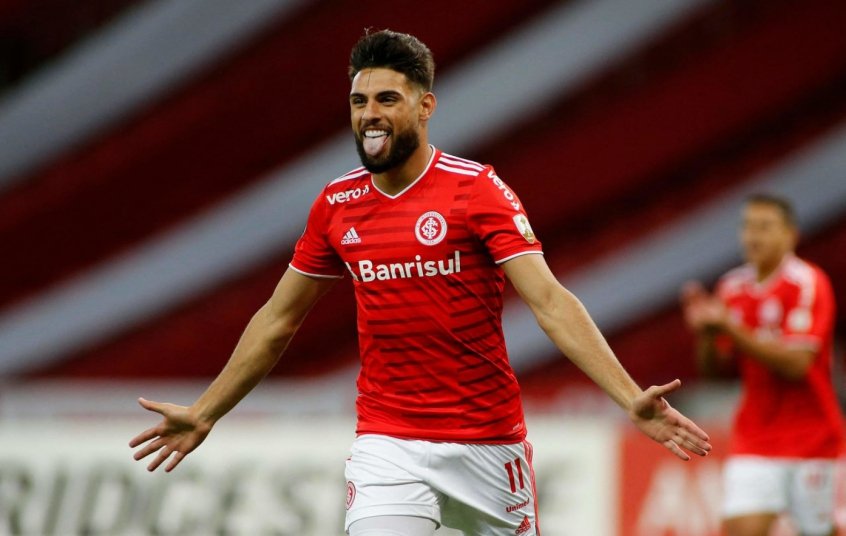 The Premier League duo of Arsenal and Everton were interested in the attacking talent before he swapped Brazil for Russia this month. Brazilian media outlet GloboEsporte reported that the deal is worth £17m.

Alberto was seriously linked with a move away from Internacional FC of Brazil last month and that prompted him to debunk the transfer rumours via a post on his Instagram account as he assured the fans that he won’t leave the club. In the end, he left Internacional to move to Russia.

Fiorentina tried to hijack the deal, but Russian champions Zenit were able to fend the Italian Serie A side off to seal the transfer of the Brazilian player. The Italian team wanted to sign him as the replacement for Serbian star DusanVlahovicwhose transfer to Juventus was confirmed on Friday. A lot of teams in the Premier League were keen on signing the Serbian international, but he opted to stay in the Italian Serie A.

New Zenit signing Yuri Alberto began his career at Santos in his native Brazil. He didn’t score a league goal for Santos during his time with the first team despite making ten appearances. The striker left Santos to sign for fellow Brazilian team Internacional in 2020.