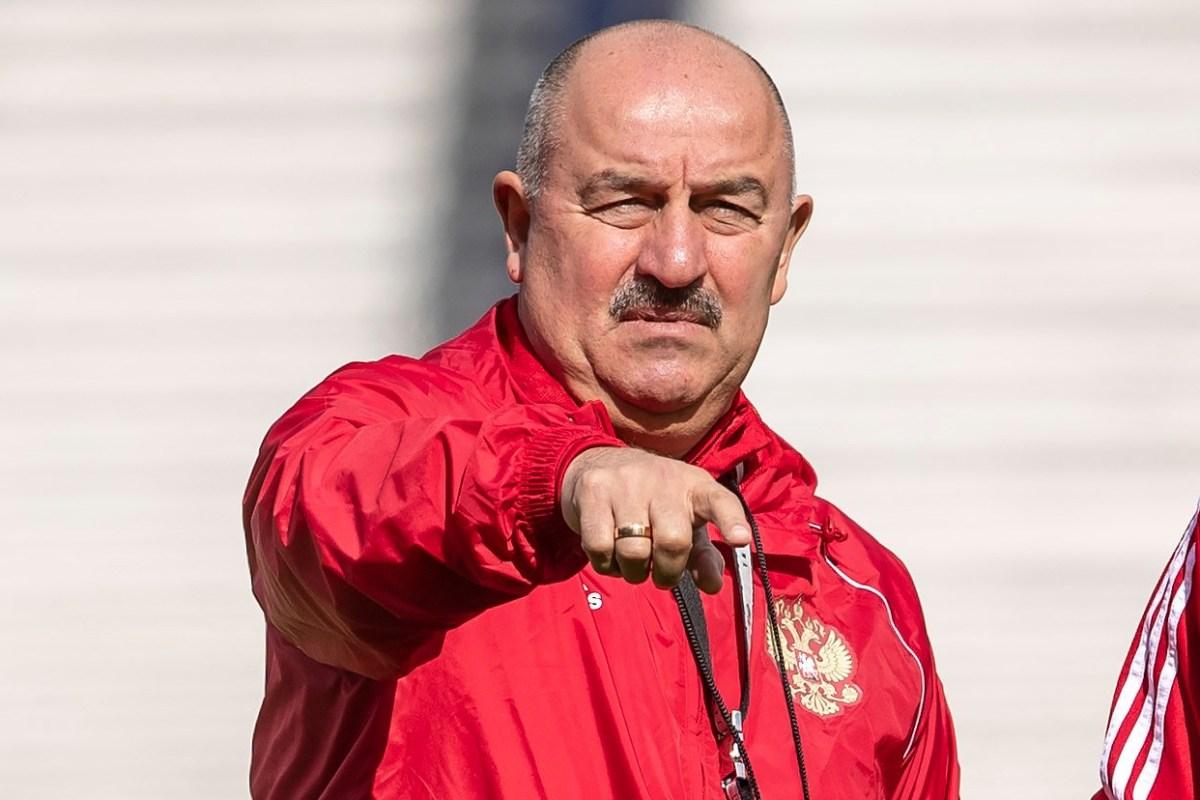 It’s clear that Russia has struggled trying to reach the advanced stages of the bigger international football competitions but nonetheless the head coach of the Russian national side StanislavCherchesov is feeling like his team is going through a very impressive progress and that his squad is being rebuilt. END_OF_DOCUMENT_TOKEN_TO_BE_REPLACED

Russia recently parted company with manager Fabio Capello after a string of poor results left the team struggling to even make it into the Euro 2016 finals.

The national team has not been performing up to the standards expected from the former Real Madrid manager. On his part, Capello complained that he had not been paid for the last seven months. This was always going to end up sooner rather than later. However, fans would not have been expecting the situation to escalate with just 12 months left for the Euro 2016. Russia reaching the finals, though, is an entirely different prospect.

The recent 1-0 defeat against Austria has left the team third in the table, which means that Russia will have to go through a play-off in order to potentially reach the finals. Montenegro remain in with a shout to overtake Russia for this third spot. Any the hope of qualifying for Euro 2016 automatically will evaporate soon is the national team did not start picking up victories. The team had managed only two wins from the six group games so far. As a replacement for Capello, Russia have gone for the home-grown coaching skills of CSKA Moscow manager Leonid Slutsky, who is coming on board on an unpaid position. END_OF_DOCUMENT_TOKEN_TO_BE_REPLACED

Fabio Capello took charge of the Russian national football team on July of 2012 and expectations for the Russian team was high as Capello is one of the most awarded and experienced managers in the world. He has won major titles and coached huge clubs including: Ac.Milan, Real Madrid and As.Roma.

Champions League, Serie A and La Liga are just some of the titles that Fabio Capello has won as a manager.

Unfortunately for the Russian national side, Fabio Capello’s arrival as the head coach hasn’t been as impressive as it was expected. The Russian team is currently positioned in the 3rd spot of Group G which isn’t bad and Capello also managed to push Russia into the top position of the qualification stages during the 2014 World Cup.

Capello has certainly managed to accomplish a number of positive things as the coach of Russia but the problem that has been emerging is in relation to the salary of Capello as he isn’t getting paid and hasn’t received any compensation from his job in over 5 months. END_OF_DOCUMENT_TOKEN_TO_BE_REPLACED

Capello managed Real Madrid for a short period of time and led them to the league title. The Italian is now in charge of Russia, where his future is also less certain after not having been paid for several months. The Russian FA is understood to be not in a position to pay the £ 6 million per year contract of the Italian. Until now, rich benefactors have made it possible for Russia to hire coaches like Guus Hiddink. At this situation, this has not been possible, but Capello is not worried about the situation with Russia. The former England boss has called for the Real Madrid medical staff to investigate Ronaldo. END_OF_DOCUMENT_TOKEN_TO_BE_REPLACED

The Russian Football Union has confirmed that it will go to great lengths in order to ensure that coach Fabio Capello receives his outstanding pay in the next few weeks. The Italian is one of the best paid coaches in international football with an annual salary of just over $ 10 million.

Russia have been paying extravagant sums for their coaches due to funding from rich benefactors like Chelsea owner Roman Abramovich. However, this funding has dried up in recent years and Russia have been unable to meet their contractual requirements. The situation has been worsened even further by the collapse of oil prices.

Russia depends heavily on oil in order to meet its budget. The RFU’s president Nikolai Tolstykh has confirmed that he has held talks with Russian Sports Minister Vitaly Mutko in order to overcome the problem. END_OF_DOCUMENT_TOKEN_TO_BE_REPLACED